We are sorry, but your browser is unsupported by our Course system. Please use a different browser.

Hello, Yale folks! Here's a quick look at the CSR course that I started developing a couple of years ago, then got sidetracked on other projects. I wanted to give you a little taste of what we've already got, and see if it is in the ballpark of what you were thinking for online training for your CSRs. I'll start with a screen shot so you can see the course outline, then keep scrolling for two sample lessons. (Each one would also have a quiz they would take.)

Here's a snapshot showing course layout. The basic structure for each appliance is to step through the basic operations of each appliance, and then have a summary of questions to ask the customer based on symptoms. 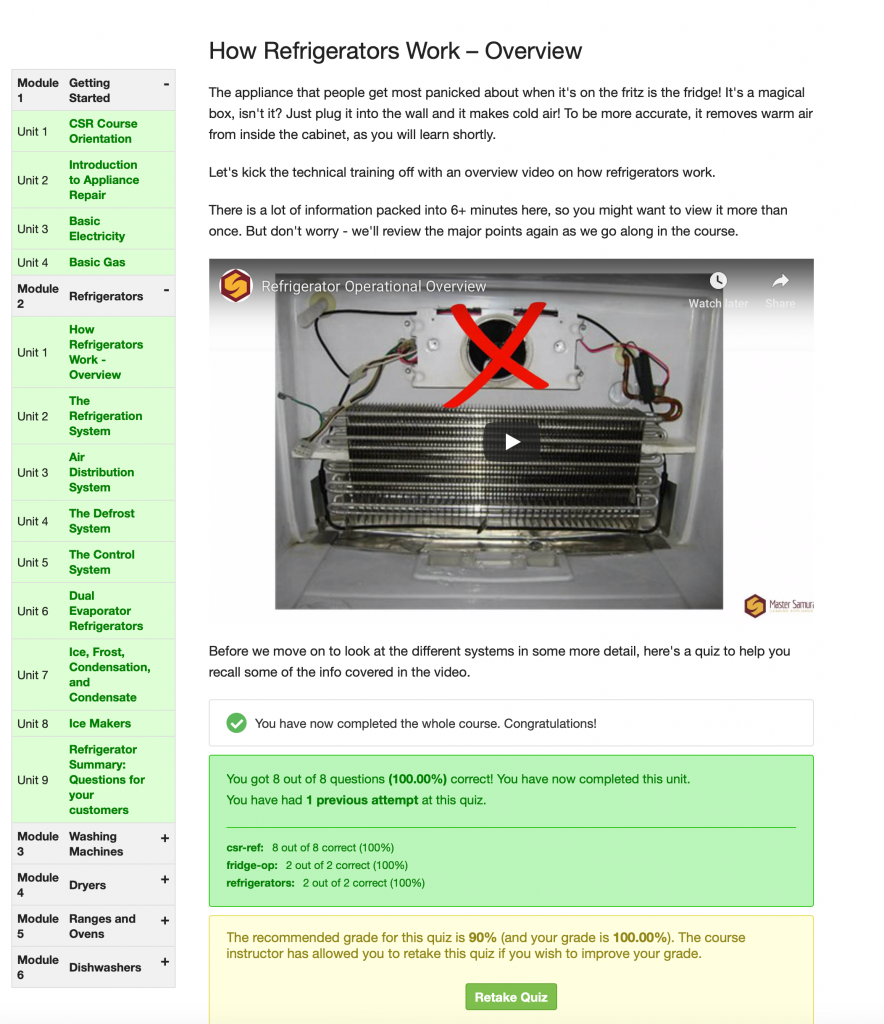 One of the things that makes this course easier for you is that you already know something about appliances, because you use them yourself everyday! All we need to do is explain a little more about what's going on behind the sheet metal and glass. 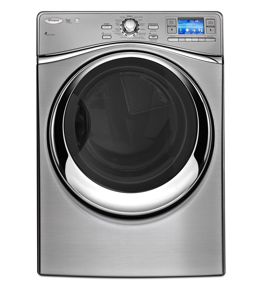 An appliance is often called an electro-mechanical device, because it uses electricity (and sometimes gas) as well as mechanical action to perform its functions. When an appliance is not working properly, it may be an electrical problem or a mechanical problem, or occasionally a combination of both. Sometimes it's pretty obvious what the basic problem is, when there is a visual clue of something broken, for example. But often times it takes some troubleshooting by a technician to get to the root of the problem.

By the way - another cause for appliance malfunctions can be user error, where the homeowner has done something wrong that led to the problem. We will point out the common user errors so that you can ask the right questions when talking with a customer.

All regular household appliances require electrical power to operate and have some basic electrical circuitry in them, but a relatively recent trend in appliance design is incorporating computer boards. This trend has become especially pronounced in the last decade, and is showing no signs of slowing down. The result is that many appliances can be thought of as simple computers that "do things," such as run motors, pumps, heaters, etc. 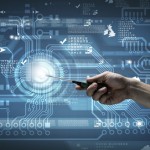 This computerization of appliances has had a couple of effects on the industry. One is an increase in some repair costs, because those circuit boards tend to be higher priced than many other appliance parts. The other is that service technicians need to have higher skills in troubleshooting the electrical control systems in these appliances than they usually needed in the past.

Since your job requires a lot of communication, often relaying information to and from both customers and technicians, you will need to know the proper terminology involved. Customers, of course, may not know the correct words to use, so you'll have to interpret what they mean and ask clarifying questions as needed. When you communicate with techs, you'll need to use accurate and precise terminology. We will be as precise and consistent as possible in this course!

Although you are not a repair technician, the more you understand the technology of appliances and the troubleshooting mindset, the quicker you can do your part to resolve appliance repair issues, either by giving helpful information to a customer, or by relaying useful and accurate information to a technician.

Troubleshooting is a form of problem solving--a logical, systematic search for the source of a problem so that it can be solved and the product can be made operational again. In the context of appliance repair, this means that a part is not changed until it is definitively proven that it will solve the problem.

A basic principle in troubleshooting is to start from the simplest and most probable of the possible problems first. Have you ever been annoyed by the guy on the computer help line asking something like: "Is it plugged in and does the outlet have power?" This should not be taken as an insult to our intelligence, but rather it should serve as a reminder to always check the simple things first to prevent going on wild goose chases.

General Troubleshooting Questions for All Appliances

1. You want to know what the symptoms are, not what the customer thinks is wrong. As soon as you hear them say "I think the ___ is broken" or something like that, ask them to instead describe the symptoms they are seeing or hearing.

2. If they report that the appliance won't work at all, you want to figure out if it's getting power. Will any lights come on? If it appears to be completely "dead", then see if they've checked the circuit breaker and then tried plugging anything else into that outlet (if it is a regular 120V outlet--more on that in the next unit--that's accessible.)

3. If it's a more modern appliance, ask if there are any error codes or unusual blinking lights in the display.

4. Find out how long and how often the problem has been occurring, and if there was any unusual use of the appliance before the malfunction occurred. (That last item may or may not be relevant, because customers often think that a particular action they took might have caused a problem, but more often than not it was just normal wear and tear. Still - sometimes it may be a useful clue.)

5. If they are reporting a leak, find out as much as you can about where they are seeing the leak coming from. Also, does it only leak while the machine is running, or even when off (in the case of washers and dishwashers)?

6. Noises can be challenging to describe, but the most common types of noises would be squealing, humming, clunking, clicking, a vibration, a "fan noise", or even a noise like a jet engine. Get the best description you can, and also find out if the noise is constant or intermittent, and where it seems to be coming from.

These are the basic items that apply to pretty much all appliances. You'll learn more questions to ask about specific appliances in the modules ahead.

There are three basic categories of refrigerator problems

In the preceding units we've seen how any failures in the refrigeration system, air distribution, defrost system, or controls can cause the most common refrigerator complaint: improper temperatures.

Now we're going to deal with that last category, and look at the various ways water, ice, and frost can be a cause or an indication of a problem.

In each of these examples, we’re dealing with water that’s out of place. Water in a refrigerated space can take on four forms: liquid water, ice, frost, and condensation. Which of these forms you see, along with where you see it, are important clues to help you assess the situation. 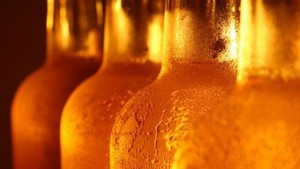 Your cold beverages should only look like this when they are outside your fridge!

Condensation problems will appear as “sweating” on jars and bottles and sometimes even on the sidewall in the fresh-food compartment. Condensation is caused by water vapor condensing into a liquid as it hits the cold surfaces inside the refrigerator. When you see this, it means outside, humid air is getting inside the compartments when and where it shouldn’t.

The possible problems when you see condensation are: 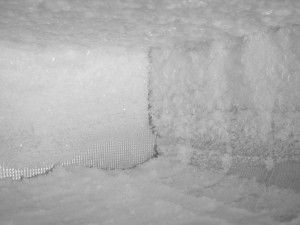 SO much rime ice!

Ice refers to liquid water that froze into a solid. This sounds obvious but it’s an important distinction from frost, also known as rime ice, that fuzzy looking stuff that is formed when water vapor condenses directly into a solid.

The important point here is that ice and frost are the effects of two completely different underlying causes.

If you see smooth or solid ice in a freezer, then you know you’re really looking for liquid water in places where it shouldn’t be (that ended up freezing) such as: a clogged condensate drain in the drip trough below the evaporator coil; an ice maker fill tube leaking or out of place; or an ice maker mold leaking.

If you see frost or rime ice on all of the contents of the freezer, then you know you’re really looking for water vapor that’s getting into the compartment, similar to the condensation problem discussed above. How does water vapor get into a refrigerator? It comes in with the outside air. In most cases when you see frost in a freezer, you’re looking for an air leak: bad door gaskets or doors not closing all the way. This video shows an extreme example of rime ice all over the contents inside a freezer:

(NOTE - we can remove the bits promoting our service business)

The video above is a great demonstration of always looking for any simple, obvious problems first!

If you see frost built up on just the back wall of the freezer, but not on the food items, then that is a strong clue that something has gone wrong with the defrost system and the evaporator coils have collected way too much frost. Often, the customer will have noticed the compartments warming up before they notice the frost on the back wall.

As mentioned in the unit on the Defrost System, when the defrost heater melts the frost on the evaporator coils, the resulting water is called condensate (not to be confused with condensation), and it must run down through a hole in a trough under the coils, through a tube, to a pan at the bottom of the fridge where it will evaporate. Sometimes the drain will get a blockage along the way (of ice or debris) and cause the water to back up and possibly freeze at the bottom of one of the compartments, or it may leak onto the floor. When customers mention that their refrigerator leaks a little bit a periodically during the day, you can bet that it's this scenario. (Remember - the defrost system usually kicks in 2 or 3 times a day.)

When this condensate problem occurs, the needed repair depends on the particular model involved. Some models have some kind of "fix" available, such as a little strap heater to prevent a known freezing spot in the drain, or a re-designed outlet of the drain tube.